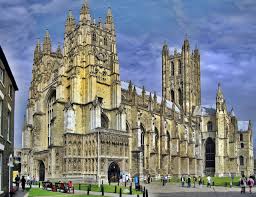 Canterbury Cathedral, Kent, England. Men of intense skill and ability constructed this. Consider the century it was built in!

Masonry’s very first origins are largely unknown other than it being based on the old stonemason guilds of the early AD centuries, particularly during the building of the remarkable stone structures of Castles, Cathedrals, Churches, and Bridges seen through Britain, Europe and the older countries of the world 700 to 1400 years ago.  In these guilds there was a structure of training young stonemasons as apprentices until they were able to take on more responsibilities, and then to be elevated to a fellow craft stonemason and on through to being a Master Mason with skill and authority over those who were less skilled.  Even earlier in Roman and Egyptian times this structure was apparent.

There were architects who drew the plans, and the structure planned for the building.  Rock was quarried and shaped to fit each special part of the Cathedral or building and marked accordingly.  Today these remarkable structures are admired by the viewer, wondering how the great skills were applied to present these buildings the way they are seen, structures with the strength to last the centuries to now and beyond – and of course photographed with admiration. 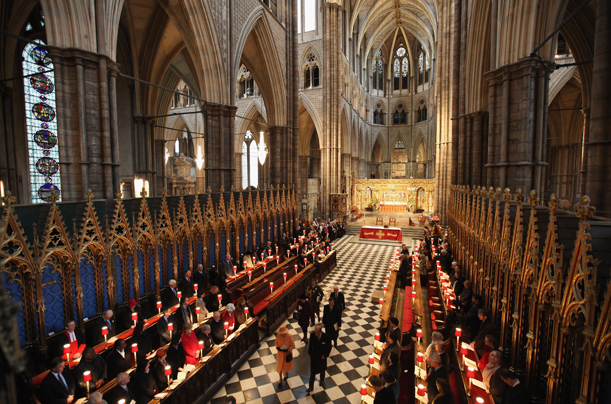 Westminster Abbey, London. Men of intense skill and ability constructed this. Consider the century it was built in!

It wasn’t until the late 1500 and during the 1600 centuries that “others” outside the stonemason’s guilds recognised these incredible masonry skills, that they too wanted to be a part of this structure but applying these respected and incredible stonemasons skills to everyday life – hence the birth of modern Freemasonry or free and accepted or speculative Masonry. 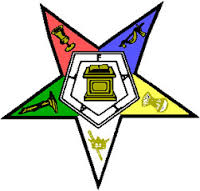 Symbol or Emblem of the Order of The Eastern Star

In New Zealand there are approximately 9000 members in 246 Lodges, 21 Districts and 3 Divisions operating under the charter of The Grand Lodge of New Zealand.  Plus there are still about 15 English Constitution, 10 Scottish, and 4 Irish constitution Lodges active in NZ operating under the charters of their respective Grand Lodges – so another 30 Lodges with around 1000 members.

Modern Freemasonry has many side orders, specialising in more specific aspects of Masonry including an “Order of the Eastern Star” Chapters especially for women.  More detail can be seen on the Grand Lodge of NZ website, see “Links” on the menu above.  The Methven Lodge was the first Masonic Lodge in NZ to invite members of the “Order of the Eastern Star” to an evening.  It may still be the only Lodge to do this.  Many Masons visited and supper had to be held in the Anglican Sunday School Hall across the road to be able to cater for the larger numbers.