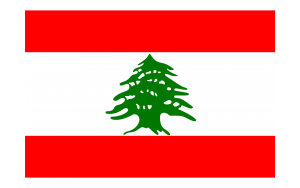 Although the writer did not get into Lebanon, it was researched in seeking the ability of reaching into the country’s Freemason activity and to visit a near relative working in the country.  Getting into Beirut was easy, but the project was abandoned once the hassle and difficulties of reaching the region he wanted to go was going to require special permissions (particularly from the Lebanese Army), to get there and would have been difficult.  This report is given to show how some regions do present its Masonic complexities.  For a small country of approximately 5m people the Lebanese have the majority of their population living as diaspora (outside the country itself), about 10m people. 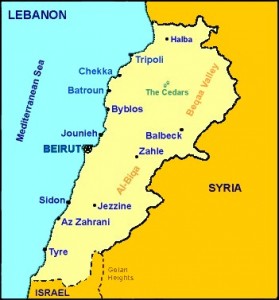 As a country it does have some very strong Masonic interests and history.  Going right back to the building of King Solomon’s temple in Jerusalem, Israel, where all the cedar timber was brought down from the forests of Lebanon.  Lebanon is well known for its cedar forests and is signified by the tree being placed on its national flag as above.

Freemasonry is very active in the country with two Grand Lodges having District GL present.  The Grand Lodge of Scotland have 5 active Lodges and the Grand Lodge of the State of New York have 10 Lodges.  But there is a Grand Lodge of Lebanon operating which does not have amity with the Lodges of Scotland and New York.  The reasons for this are not clear, but are probably involve political interference which is not acknowledged and banned in western Masonic Lodges. 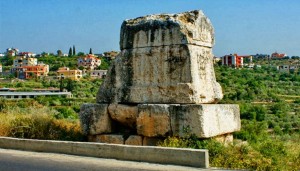 Hiram King of Tyre, Tomb from about 950 BC. Positioned alongside a Road near Hanaway just a few minutes SE of Tyre. 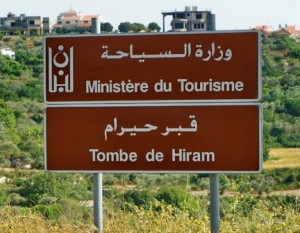 An interesting find was Hiram King of Tyre’s Tomb.  The Tomb of King Hiram is located a couple minutes drive Southeast of Tyre in the village of Hanaway.  It is a colossal limestone sarcophagus built upon a high pedestal, just north of the border with Israel.  This Tomb can be found and seen on Google Maps with a brown tourist pointer sign on the road nearby.  The following is a brief researched report of King Hiram.

King Hiram of Tyre is a significant character in Craft Masonry. He is introduced into Masonry as a friend and ally of King Solomon who assists the latter in building the famous House of God in Jerusalem. What isn’t as widely known is that he was also an ally of King David, Solomon’s father, and assisted him in the building of his palace in Jerusalem. Tyre is an ancient Phoenician seaport and is located in what is now known as Lebanon and is currently known as Sur.  It was from Lebanon the famous cedar found in both David’s palace and King Solomon’s temple came from. Aside from supplies, King Hiram was known for supplying artisans, woodsmen, carpenters, stone masons, and other such workers to assist in the building of various famous edifices as Tyre was a well-known center for architects and artificers.

King Hiram was a Phoenician King who reigned from around 980 to 947 BC (although this date may vary by 10-years).  He is said to have lived to be 53-years of age, but reigned only 34 of them having taken the throne after his father Abibaal passed and was succeeded by his son Baal-Eser.  Although there exists some confusion from Biblical text as the timelines don’t quite match up as Solomon and David deal with a “King Hiram” for a time of around 54-years. 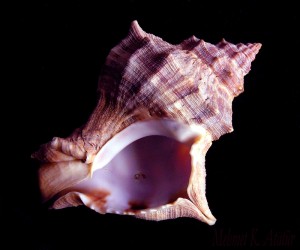 The Murex Shellfish / Snail from which the very expensive Royal Purple Dye is extracted from for Royal Robes and clothes.

Tyre is a very interesting City.  There used to be an island just off shore and history has it that the town on the island destroyed the mainland town and an isthmus created with the mainland town debris and now the little island is joined to the mainland along the Mediterranean coast.

Tyre is also well known for its Murex family of shellfish or sea snails which produce the very expensive Royal purple dye use for Royal robes and clothes.  It is extracted from special glands around the inner flesh of the shellfish / snail.  It is found along the eastern Mediterranean coast line and Tyre was the base for this purple dye industry.  The Murex is still found there today and there is a cafe called “The Murex Cafe”.