Freemasonry in Iceland (or “Frimurarahusid” in Icelandic):

Freemasonry in Iceland began in 1913 when a “society of brothers”, Edda, was established, in Reykjavik. Then, in 1918 Edda became a lodge of instruction.  A year later, on the 6th of January 1919, it became a fully warranted lodge.  Since then, a total of twelve warranted lodges and six lodges of instruction have been established. Icelandic Freemasonry was under the jurisdiction of the The National Grand Lodge of Denmark (Den Danske Frimurerorden) until 1951 when the Danish Grand Master constituted the Grand Lodge of Iceland as a sovereign Order which has a total membership of 3379 as of the 15th of March, 2011.

Icelandic Freemasonry operates according to the Swedish Rite which is the dominant system in four of the Nordic countries and to some extent in Finland and Germany.  It consists of eleven degrees, all of which are considered a part of Freemasonry. This system differs considerably from those used in English-speaking countries. However, there are common characteristics which make a visit to an Icelandic lodge meeting interesting and most worthwhile. 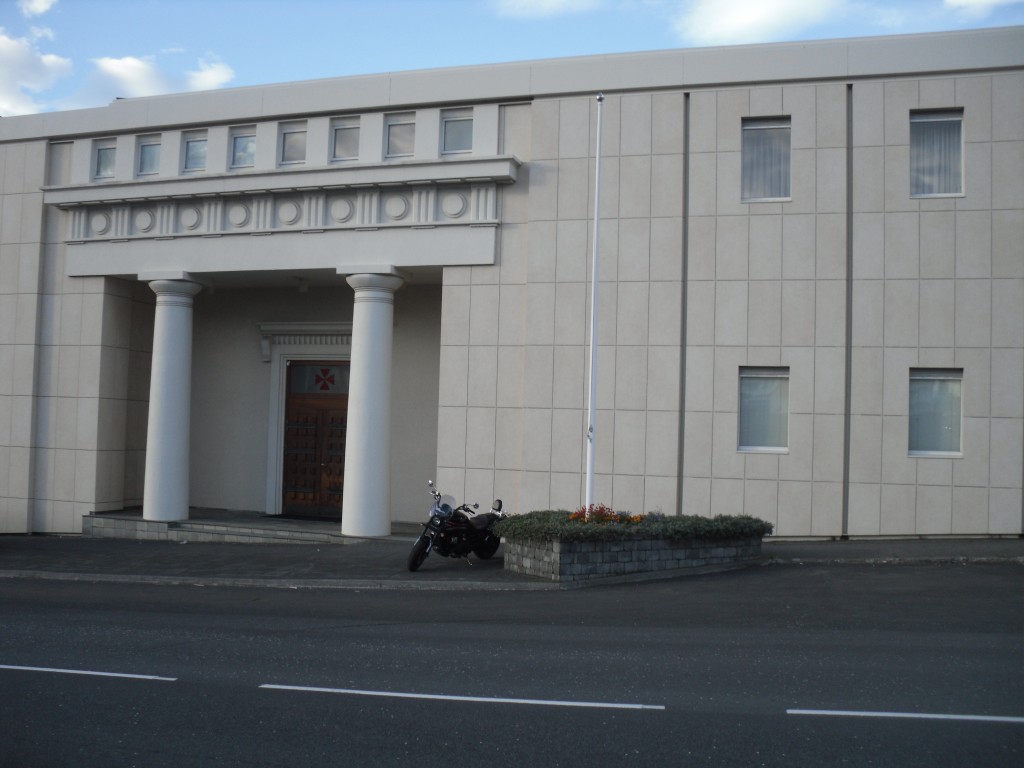 The Main Masonic Building in Reykjavik, Iceland.  This is a very large building containing the main meeting rooms for The Grand Lodge of Iceland.

Masonic visitors from abroad belonging to Masonic Grand Lodges recognized by the Icelandic Order of Freemasons are cordially invited to participate in lodge meetings as they wish. A dark suit, white shirt and a conservative tie is recommended and masonic regalia are desirable but not required. Visitors will be asked to identify themselves with papers from their home lodge and in a Masonic manner. It is recommended that you call ahead if you wish to attend. Brothers will be pleased to assist you in finding a suitable lodge meeting. 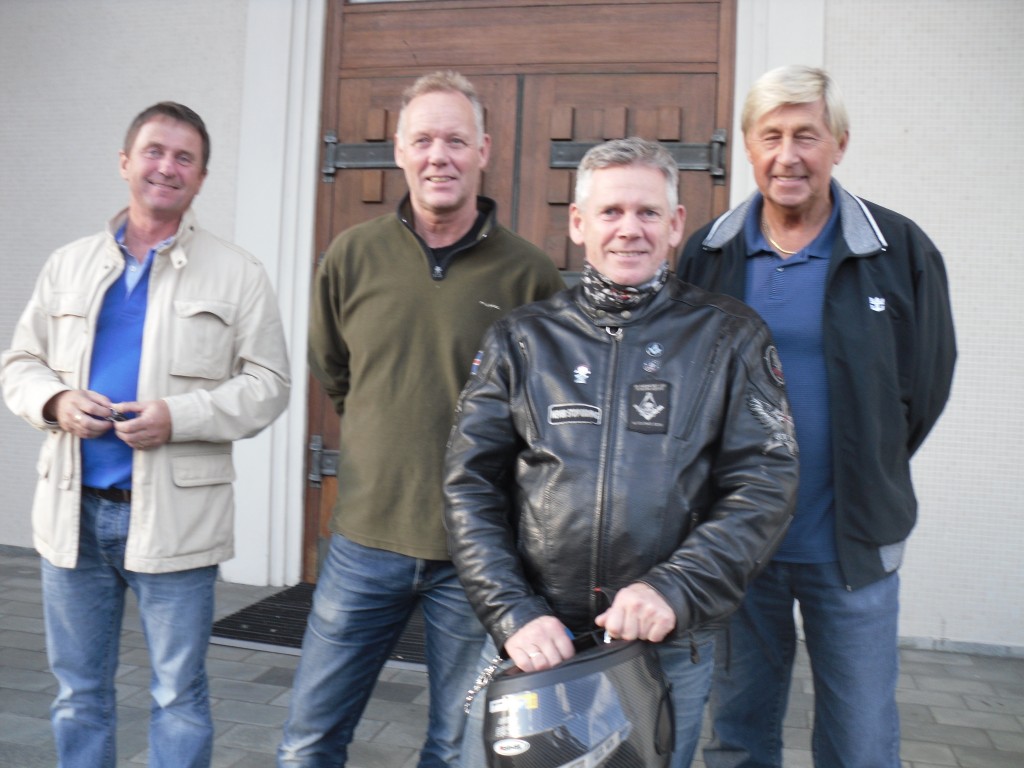 The group of four Grand Lodge members who remained met outside the Main Icelandic Masonic Lodge Building in the capital city of Reykjavik.

The timing of our NZ Methven Lodge Master being in Iceland was over their summer recess break and a meeting was not possible, but he did have the privilege of meeting members of their Grand Lodge, of which some are in this photo above.

The Grand Lodge of Iceland only have 17 Lodges (with 8 Lodges in the city of Reykjavik) but 3400 members.  This is considered very strong for a national population of 335,000 people of which 190,000 live in Reykjavik city.