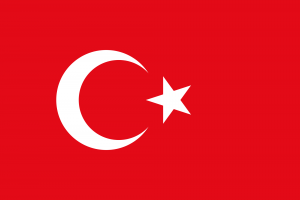 The Writer did not get the privilege of visiting a Masonic Lodge in Turkey while spending a week in the country, it was researched and noted a number of interesting features.

A new website is being currently constructed by The Grand Lodge of Turkey, the home page is seen at: http://www.mason.org.tr/web/en_index.html

The Grand Lodge of Turkey was founded in 1948 and consists of 180 Lodges in cities around Turkey.  As of 2001 it had an estimated 12,000 members.  It is recognized by most regular Grand Lodges and follows the traditional Anglo-American style of Freemasonry.  Many Sunni Muslim men are amongst its membership and the Koran is used as the VSL (Volumn of Sacred Law).

Operationally the Grand Lodge of Turkey is similar to all other Grand Lodges around the world in amity with each other.  One feature unique to Turkey Lodges is that the period between each degree must be at least one year.  So to become a full Master Mason in Turkey takes at least 2 years from date of joining.

The images below show Freemason Lodge buildings in Istanbul, Turkey. 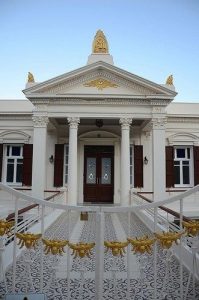 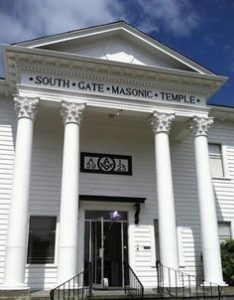 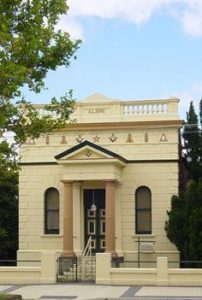 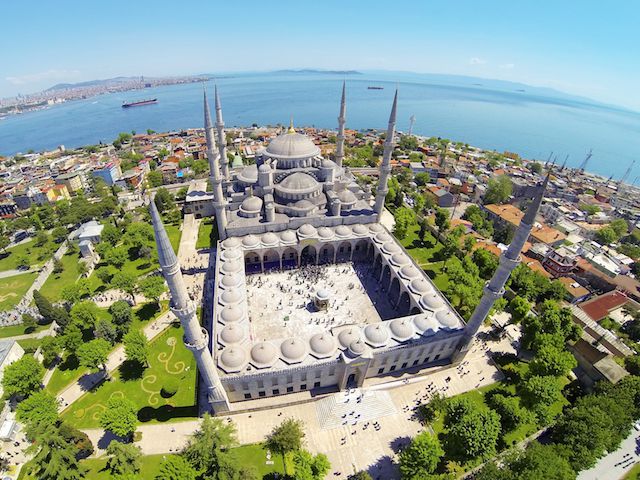 The very large Sunni Blue Mosque in Istanbul. Shows the entrance to Bosphorus Strait towards the rear left and opening out into the Marmara Sea top right in the far eastern Mediterranean.

18th century
The first lodge in Turkey was probably established around 1721 in Istanbul by Levantines.

19th century
Although Freemasonry in Turkey can be traced into the 18th century, for much of that time it was limited to lodges under the jurisdiction of foreign grand lodges, and there was no independent Turkish Grand Lodge. This changed in 1856, when the first Turkish Grand Lodge was established. Sultan Murad V was a member of the lodge, becoming the first and only Ottoman sultan to join. This first Grand Lodge was banned in 1876 by Murad’s successor.

20th century
The Grand Lodge came back in 1909 in Istanbul under a new administration. Because the Grand Lodge was used to operate in secret, it was closed again in 1922, only to be opened in the year 1925 again. In 1935 the Grand Lodge was closed again. As a result of the repeated closures, the former Grand Lodge and its members were reluctant to support Ataturk‘s reformist policies.  MASTAFA KEMAL ATATURK (a Freemason) is recognised as the founding President of today’s modern Turkey and the International Airport for Istanbul is named after him.  “Ataturk” International Airport.

A very full History of Freemasonry in Turkey can be found at: http://www.freemasons-freemasonry.com/layiktez.html

The Istanbul Sunni Blue Mosque with its six Minarets, and with each balcony having several “loud” speakers which broadcast the prayers at the appropriate times during the day. The large Bosphorus Strait at the rear. 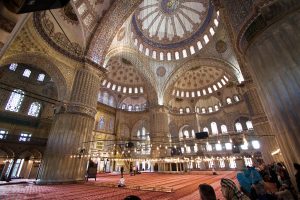 Inside the big Istanbul Sunni Blue Mosque. Men shed their shoes and the woman must wear a head scarf, with one given to them at the entrance. The writer was privileged to be invited into this remarkable building.

There is also The Grand Lodge of Liberal Freemasons of Turkey (Turkish:  Masonlar Locas) was established in 1966 after a split from the Grand Lodge and follows the Continental Style of Freemasonry, but this Grand lodge does not have amity with the other regular Grand Lodges around the world.